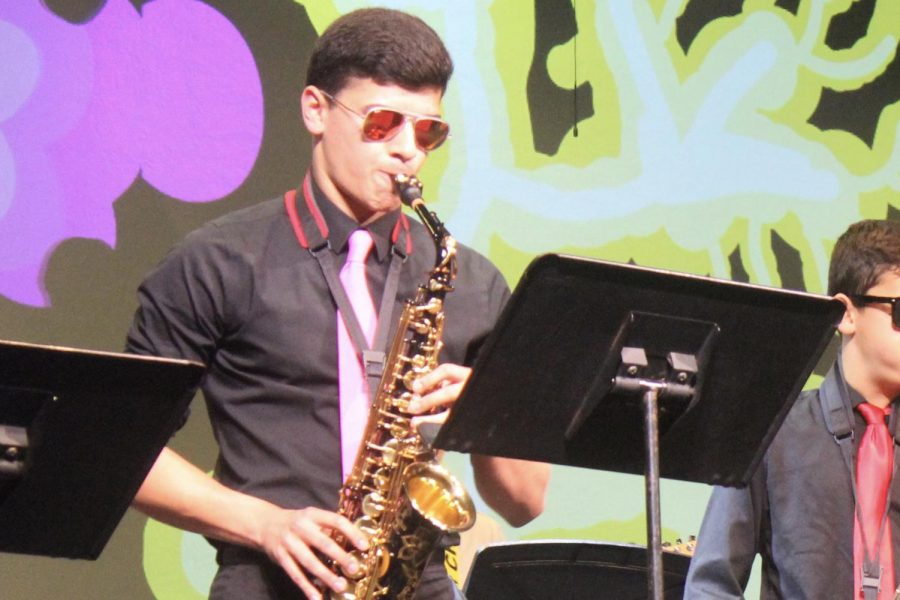 Type One sat down with Derek Pfeffer ’19 who recently received a Superior for his solo at the State Solo and Ensemble competition in Sanford, Florida. He has been playing the clarinet since 5th grade and the alto saxophone since 6th grade.

As a longtime performer in the band, Derek said his favorite part of band is,

“challenging myself to improve. This usually comes through preparation for various extracurricular auditions and performances, such as Solo and Ensemble.”

He definitely took on a challenge when preparing for his solo that he would eventually perform at the State Solo and Ensemble competition. He said,

“preparing for my solo took a lot of time because it was a grade 7, and probably the most challenging piece of music I’ve played yet.  I started practicing the piece roughly 3 months before the district solo and ensemble performance.  I’d start by running through the piece and then isolating specific parts of the song to work on.  I also had to practice with my piano accompanist a few times to make sure we were together during the performance.  For State, I simply continued to practice and tried to implement the comments and criticisms that the judge gave me at district.”

However, all his hard work paid which earned him the highest award of Superior at the competition.

One of the highlights of his band career aside from his Superior win was last year’s winter concert. Derek had an extended solo in two different songs which required him to put in some extra time to prepare. But, he said the experience was “very rewarding to perform.” Outside of the Pine Crest band, he also has been a four-year member of the All County Honor Band which requires auditions every year to secure a spot. He said his participation in such a prestigious band has been “a very beneficial and fruitful experience,” even though the day long rehearsals are grueling, it makes for beautiful music.

Derek has been an outstanding performer in the Pine Crest band and will definitely continue playing both of his instruments into the future. He said,
“I can’t leave music behind. I probably won’t major or minor in music, but I will try to play in club organized bands and I’ll still play on my own.”

Congratulations on all of your achievements Derek!