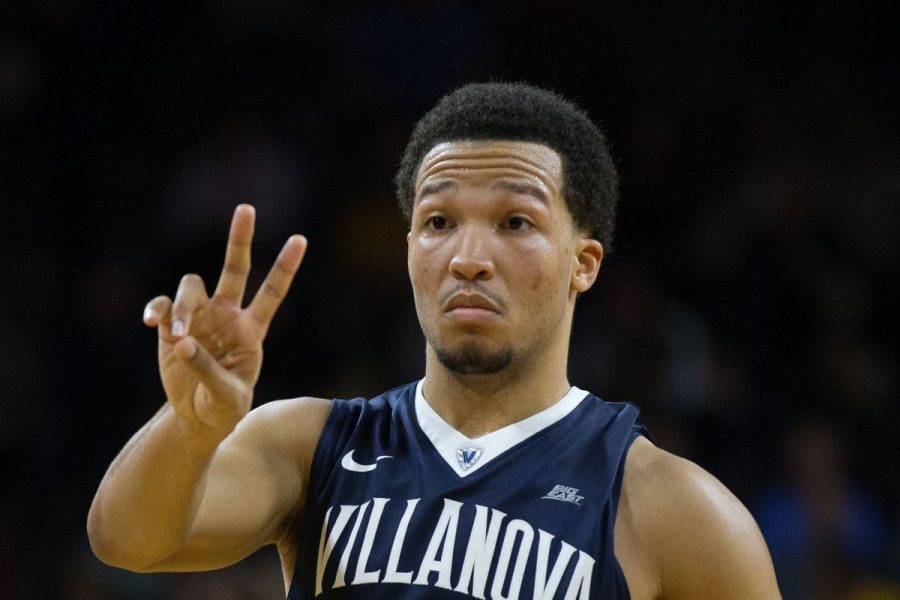 Jalen Brunson will look to lead Villanova to the National Championship.

The Athletic, a subscription-based sports site that boasts the leading sportswriters in the world,  published their five college basketball analysts’ March Madness brackets before the tournament.

All five featured Virginia in the National Championship game. Only one played the wild card of picking one of North Carolina, Xavier, or Michigan State to go down in the first weekend. All three saw their seasons come to untimely ends last weekend, and Virginia was on the wrong end of one of the biggest upsets in American sports history.

It made sense. The Athletic writers helped to set a national trend of brackets that were chalkier than usual, but, in a college basketball season where the same two teams dominated the polls all year, everything checked out.

Doesn’t it always? Then March kicks in.

In one of, if not the most erratic opening weekends in NCAA Tournament history, two one seeds were sent packing, a two seed went down in their home state, a three seed did the same, and out of 17.3 million ESPN brackets, none remained perfect. This weekend’s Sweet Sixteen and following Elite Eight will feature powerhouses that escaped the chaos unscathed next to classic underdog stories in twelve thrilling games.
The South

The South region featured the top overall seed in Virginia, a Cincinnati team that was a few possessions away from matching Virginia’s top defensive efficiency rating, and the projected #1 overall pick in Arizona’s Deandre Ayton. Naturally, none of those teams advanced, leaving us with the first ever region in which none of the top four teams survived the first two rounds. You have to feel for Atlanta ticket holders who thought they’d be seeing some heavyweights (UVA fans who bought too early) because Kentucky fans will now invade the SEC’s epicenter.

Loyola-Chicago will ride into Atlanta with their two buzzer beaters and Sister Jean’s magic ready to go. They’ll face a wildly unpredictable Nevada team, a mid-major that power five coaches have commended all season. Though this game does not feature a big name school, both teams have proven that they are fully capable of playing at the top level. Loyola plays a beautiful, old-time style of basketball, and I like their magic to continue into the Elite Eight.

The Ramblers are the Cinderella story, but Kentucky is the clear pick to win the least intriguing region of the bunch. None of the remaining teams will be able to match up against their athleticism for a full forty minutes. They will beat Kansas State, who struggled against UMBC, easily en route to the Elite Eight, where they should handle Loyola. Calipari has his group of freshman clicking at the right time.
The West

North Carolina’s first two games occurred in Charlotte’s own Spectrum Center. Prior to their loss to Texas A&M, the Tar Heels were 34-1 in tournament games played in North Carolina, not to mention their 12-0 mark in the city of Charlotte. It was only fitting that the seventh-seeded Aggies steamrolled Carolina, ending Joel Berry and Theo Pinson’s careers.

On the top of this bracket, an extremely mediocre Seminoles team managed to shock Xavier, the second one seed to fall early. Gonzaga and Michigan remain as the highest seeds in the region.

Gonzaga should take care of business against Florida State, likewise for Michigan, making for a matchup between two of the top-ten rated teams in college basketball. The Zags are flawless on offense, Michigan has been playing perfect defense. Mark Few is a terrific coach, and the same goes for John Beilein. The difference between these two teams is what they are doing right now, and Michigan takes that category. I’m riding the Wolverines’ hot streak and their defense, counting on them to shut down prolific shooter Killian Tillie.
The East

Villanova will take on Bob Huggins’ Press Virginia while Texas Tech will play Purdue. Villanova may struggle to catch fire against West Virginia’s ferocious press, but, once they do, it’s all over. In the other game, Purdue will likely be without star center Isaac Hass. Keenan Evans is an absolutely electrifying player for the Red Raiders, and he should be able to lift Texas Tech over the Boilermakers.

In what is undoubtedly the best bracket, I’m going with the best team to emerge. Villanova has looked like the total package all season, boasting a lethal dual threat in guard Jalen Brunson and forward Mikal Bridges. Coach Jay Wright will continue to surge up the elite rankings of college coaches with this team. Though Villanova’s road to the National Championship is arguably the toughest – with potential matchups against Texas Tech, Duke, or Kansas – they still look like the biggest threat to win it all.
The Midwest

Kansas and Duke are the clear powerhouses in this region, but then there are Duke’s fellow ACC foes in Orange. Syracuse and Clemson are ready to disrupt this region, and the former has already done their fair share of bracket busting.

While I do not see Clemson being able to finish Kansas, they will definitely hang around. Their thorough domination of Auburn showed that the Tigers (Clemson) may be under-seeded. However, despite Kansas’ weak defense this season, Clemson does not have the offensive weapons needed to pull off the upset. Kansas will advance.

On the bottom half of the bracket, the Orange and Blue Devils will come into Omaha ready for a clash of their own. Syracuse’s punishing zone is fresh off of holding three offenses (ASU, TCU, MSU) that were averaging 80+ points per game to under 60. The Orange roll just seven players, and when Matt Moyer lands in Jim Boeheim’s doghouse that number shrinks to six. It is worth noting that the Cuse only has seven scholarship athletes due to NCAA sanctions and early departures. This causes guards Tyus Battle and Frank Howard to play heavy minutes.

Coach K has made adjustments of his own to his extremely talented Duke squad. His friendship with Boeheim shines through in this Duke team as they also play the patented Orange 2-3 zone. Syracuse will be playing with house money in this matchup, and though they have truly nothing to lose, Duke’s offensive talent will overwhelm both the Orange and the Jayhawks.  Duke will head to the Final Four, where they will take on Villanova.